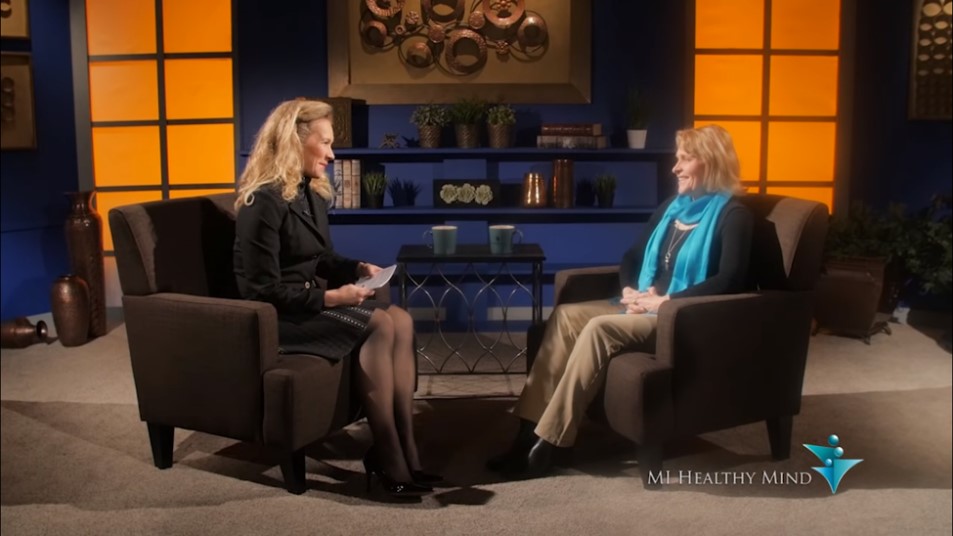 Click on the image to access this episode! Dissociative Identity Disorder has the dubious honor of being one of the most mocked, misunderstood, and stigmatized mental health issues.

Often misrepresented in pop culture, DID or Multiple Personality Disorder, affects up to five percent of the population. However, the shame and stigma surrounding this disorder prevent many victims from seeking and receiving the help they need.

In this episode, Sarah Desjardins bravely shares what it’s really like to live with DID. Ms. Desjardins to all outward appearances, is an engaging, highly intelligent, well-adjusted, and successful person. No one, not even Sarah herself, could have imagined the horrific childhood abuses that led to the development of the coping mechanism called Dissociative Identity Disorder, or multiple personalities.

There is a disturbing correlation between childhood trauma and Multiple Personality Disorder. People who have experienced extreme trauma, particularly sexual abuse as children, may develop DID as a way to block out and survive the abuse. However, discussing trauma remains an uncomfortable and even taboo topic in our society. “People don’t know what to do. They don’t know what to say. They don’t know how to talk to someone who’s had that much trauma.” Sarah Desjardins explains.

In order to help diagnose and treat those suffering from DID, we must work together to stop the stigma and support those learning to live with Multiple Personality Disorder.