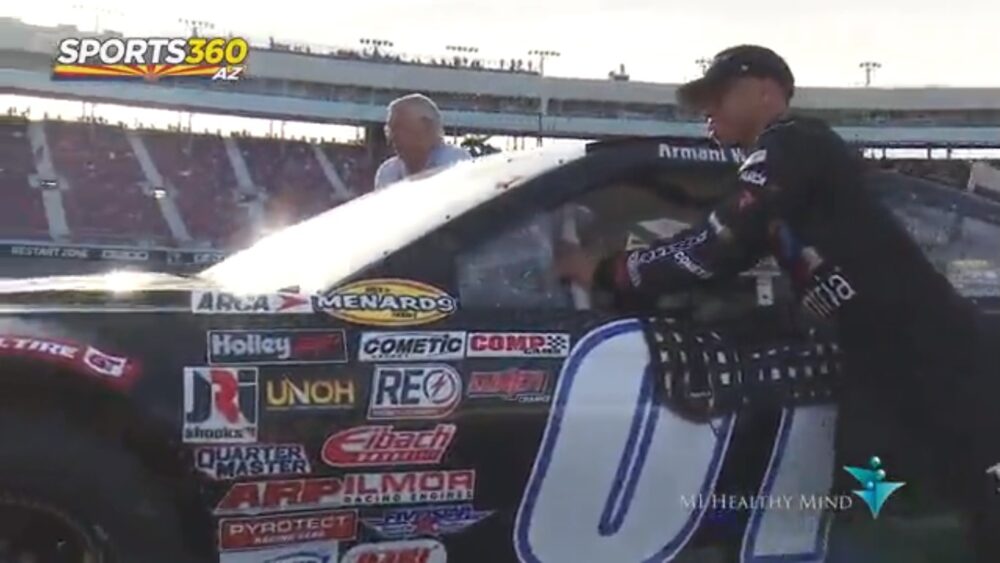 Click on the image to access this episode! Armani Williams is a professional NASCAR driver, full-time mechanical engineering student and advocate for those with disabilities. He also happens to have Autism.

Armani accepts that he has Autism, but does not accept the limitations it is ‘supposed’ to bring. Instead, he is breaking barriers on what it means to have a so-called disability.

“It was a shock at the beginning, mostly [because it] was unknown. We didn’t know anything about Autism.” Irena Politano was faced with a sense of uncertainty when Armani, her then two-year-old son, was diagnosed with Autism. But now, 18 years later, she looks at all he has accomplished professionally and personally, and shares how she helped him reach his goals.

“We realized that the higher I went, we needed to figure out how to give back to the community.” Armani Williams and his family are committed to celebrating, not only Armani’s status as an admired NASCAR driver, but also his Autism in hopes that his fans might find the inspiration they need to reach great heights. As he reminds all those affected by Autism, “Never let Autism back you down from your dreams.”