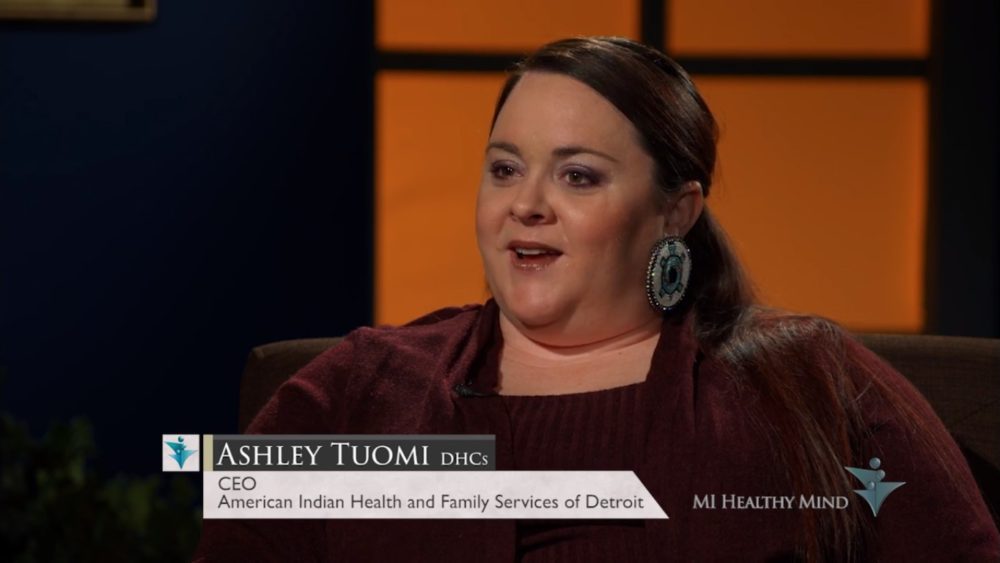 Click on the video to access this episode! “When you have your identity taken away, and you’re not allowed to practice your culture, it’s a lot harder to deal with stress and other mental health issues.” Ashley Tuomi, Chief Executive Officer of American Indian Health & Family Services and herself a member of the Confederated Tribes of Grand Ronde in Oregon, understands firsthand how the history of American policy and ongoing racism affects the mental wellbeing of Native Americans.

“We were actually terminated…They [the government] took away the rights of our tribe and our tribal members. So, we were no longer a tribe; we were no longer Native in the government’s view.” Cancel culture is most often associated with celebrities losing popularity, but as Ashley knows, Native Americans have felt the isolation and injustice of being “canceled” for generations, which has taken its toll on both the physical and mental health of the American Indian community.

COVID-19 has forced us as a nation to recognize inequality in access to health care, which all too often correlates with race. Glenn Wilson, Behavioral Health Director of American Indian Health & Family Services, explains how a historical lack of adequate health care has led to many of the mental and physical health issues now found in Native American communities.

This week learn, not just about the plight and hardships facing Native Americans, but also about the admirable resiliency of the community and the services available to help support those in need.