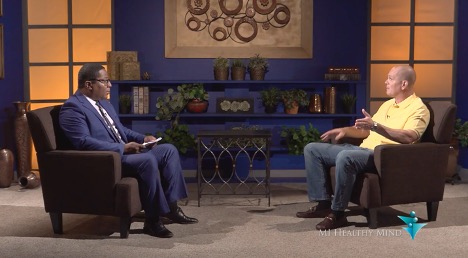 Click on the image to access this episode! “I didn’t set out to be a drug dealer; I was sent down that path. I became a drug dealer by what was taught to me.”

The story of Rick Wershe Jr., the infamous White Boy Rick and the longest-serving nonviolent offender in the world, has been made into documentaries, articles, even inspired a Hollywood movie. But up until this show, no one has asked him how HE feels about the injustice of being targeted, used, and then abandoned by the FBI.

Mr. Wershe Jr. opens up with remarkable honesty, emotion, and reflection, and discusses everything from his childhood in the inner city with both a loving family and dangerous streets to being targeted by the FBI to act as their informant at the tender age of 14. He explains how that role lured him into drug dealing, the very crime for which he was later sentenced to life in prison while the FBI stood by silently.

The injustice of Rick Wershe Jr.’s experiences is hard to swallow, but he refuses to be a victim. Instead, he reveals the remarkable strength of the human spirit, even in the direst of situations.