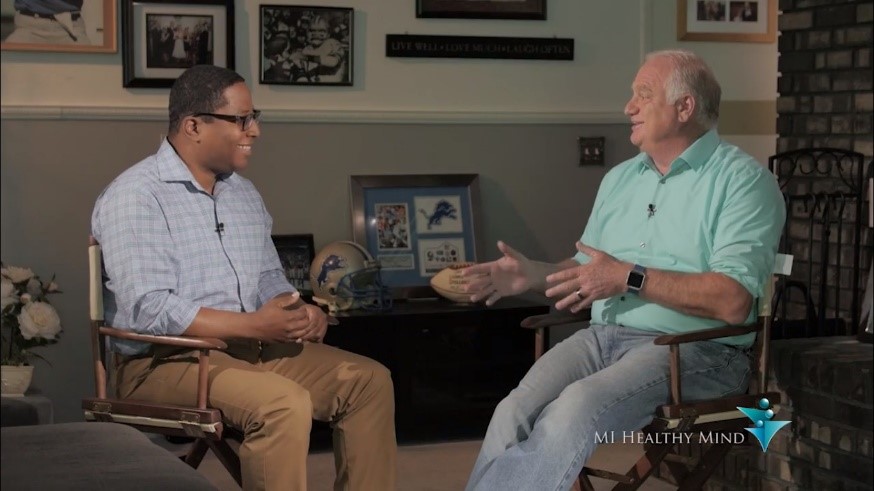 How Do I Fix This?

Click on the image to access this episode! Former NFL quarterback Eric Hipple has an incredible story of tragedy and triumph. After leaving football, he began battling with untreated symptoms of depression. However, he resisted help and even avoided talking about his feelings. Even after he attempted suicide, he remained reluctant to openly discuss mental health, fearing the stigma that all too often surrounds it.

Shortly thereafter, his 15-year-old son died of suicide, and, in retrospect Eric recognized symptoms of depression in his son’s behavior, similar to what he, himself, had experienced. The grief, guilt and overwhelming sense of helplessness led Eric into a debilitating and self-sabotaging downward spiral.

Eric is now dedicated to helping others, particularly men, recognize the symptoms of depression and other mental health issues. All too often he has witnessed – and personally experienced – the misconception many men harbor that it is a sign of weakness to express emotions. Eric is intent on changing that, and help others understand that being open and honest about mental health is, in fact, a sign of strength.